Why It’s Critical We Flatten the Curve

By Dr. Armand Dorian
Special to The Outlook

Epidemiology is the branch of medicine that deals with the incidence, distribution and control of diseases. “Flattening the curve” is an epidemiological term used to describe the idea of slowing the spread of a communicable disease (COVID-19) so that fewer people need to seek treatment at any given time. The “curve” refers to the projected number of people who will contract the virus. The faster the infection curve rises, the faster local health care systems become overloaded beyond their capacity. Critical resources such as ICU beds, ventilators, masks, gloves and even health care workers themselves are finite.
When the curve is flattened, even if ultimately the same number of people become infected, this infection occurs over a longer period of time and the surge in patients requiring hospitalization is reduced to a manageable flow. 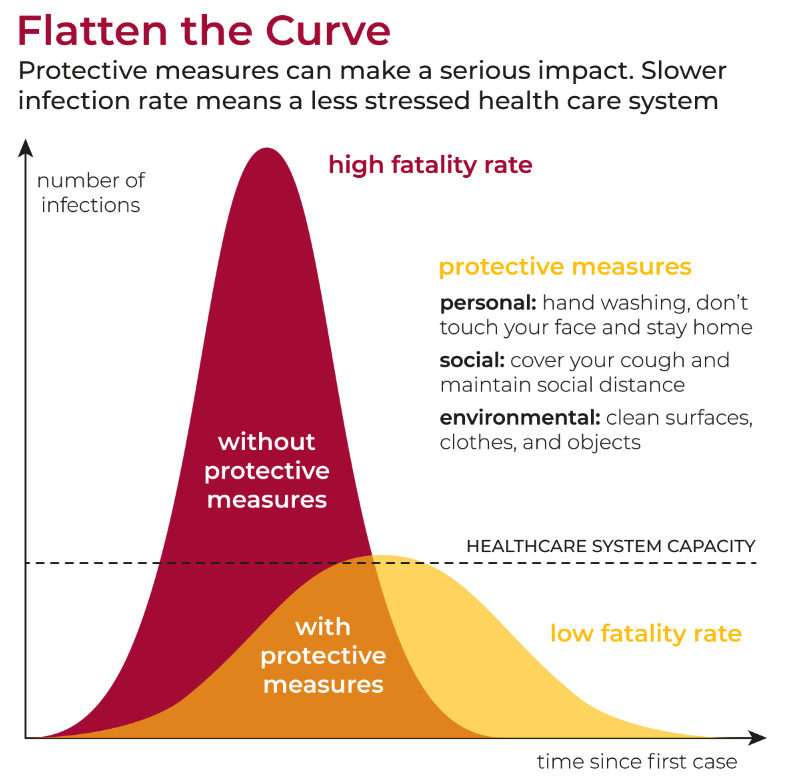 Think of the entrance at a movie theater; it’s able to manage hundreds of people coming through on a daily basis – but at different show times. However, if all of the hundreds of people rushed the entrance at once, there would be chaos. People would get trampled, and some would even die. The entrance is analogous to our healthcare system and the rush is analogous to the sudden spread of illness requiring care. Our health care system can manage the number of infected patients – as long as they don’t all rush in at once.
That is why it is imperative that everyone do their part to follow the guidance for slowing the spread and flattening the curve. This includes practicing protective measures such as staying home when you are sick, physical distancing, limiting groups to 10 or fewer, and vigilant hand-washing and disinfecting of surfaces. California was the first state in the country to mandate a shelter-in-place policy that orders residents to not leave the house except for essentials like food and medicine. Many states have followed suit.
For the sake of those at greatest risk and for the healthcare workers who are on the front lines of this pandemic, I urge you to do your part.

Facebook
Twitter
WhatsApp
Previous articleOlder Adulthood Should Be Embraced, Celebrated
Next articleTop 10 Things To Do While ‘Safer at Home’