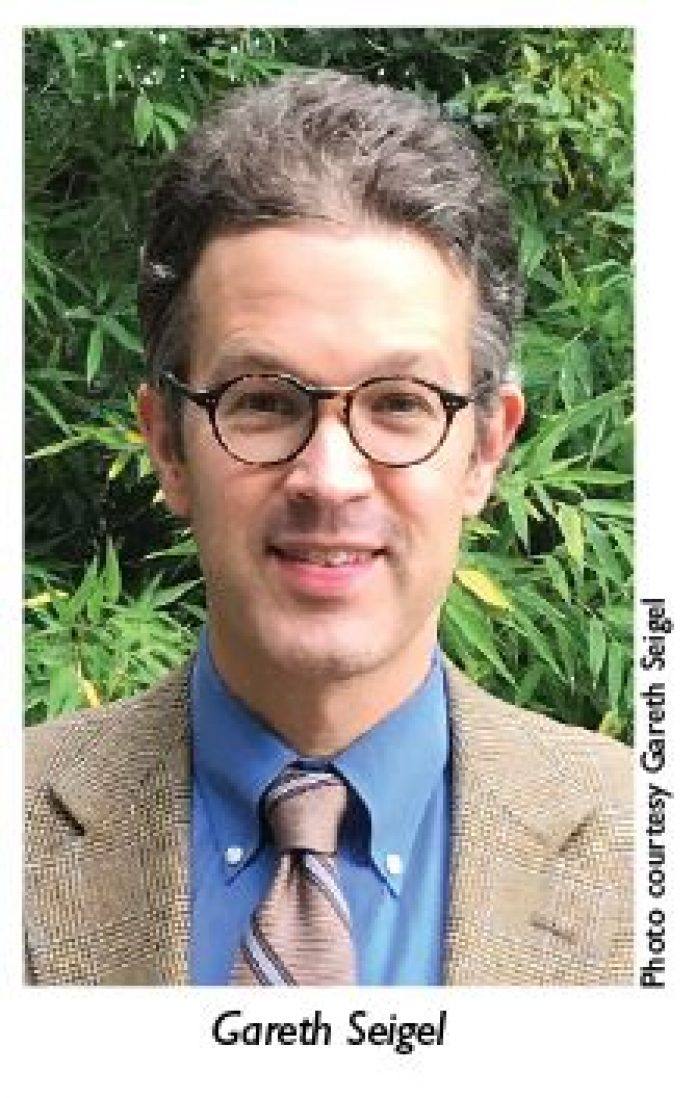 The coronavirus pandemic has forced many educators to pivot in their teaching methods and be even more creative in reaching and supporting students. In the midst of what has been a chaotic experience for many, the Pasadena Unified School District has announced some news that shines a light on the unwavering commitment that CIS Academy teacher, Gareth Siegel, displays every day. For his efforts, Siegel has been nominated for the esteemed Claes Nobel Educator of Distinction award.
This prestigious honor is “in recognition of your impact as an educator, leader and role model,” according to the National Society of High School Scholars (NSHSS).
“He is wonderfully supportive, encouraging, and gives his students as much time as we need to discuss any problem we are having that is personal or school related,” according to student Angela Romero, a member of the National Society of High School Scholars, who nominated Siegel for the honor. “As a first-generation college applicant and concurrent student, there have been many times when I felt totally overwhelmed by too many deadlines and added responsibilities that seemed to be piled on with no end in sight. Mr. Seigel was very perceptive in reading my emotions during our regular check-in meeting. He gave me coping mechanisms and tools he had found useful for himself when he had been a young college applicant going through many of the same pressures I was experiencing. He also gave me tips on how to manage my stress so that I didn’t get to the point where I just shut down. I just feel that he gives so much of himself on a regular basis to all of his students with both his knowledge and his own personal experiences that we can learn from, and he deserves the recognition and honor of being formally acknowledged as an Educator of Distinction.”
Siegel is grateful for the honor, saying when he first learned of the nomination that it “made my day,” but making certain he emphasized that it was a group effort.
“It’s truly one for the team,” he said. “I am grateful for many things, including [the school and district’s role as] an early adopter of digital platforms like PowerSchool and Acellus. Not only have they transformed how we serve our students through blended learning, they are proving their value many times over during this challenging time.”
The Claes Nobel Educator of Distinction program is intended “to honor and reward exemplary teachers, counselors and administrators,” and provides nominees with special grant opportunities, the ability to pursue advanced degrees, and an invitation to compete for the prestigious NSHSS Educator of the Year award.
CIS Academy is a voluntary enrollment school especially for Pasadena Unified School District students who want to graduate early or need a flexible schedule to accommodate work or family obligations. The school offers individualized learning plans with master teachers assigned to students for guidance and mentorship. Programs include online studies, seminars for academic support in each core subject, tutoring at any time, blended learning, and an option for students in grades 6-8. CIS also offers an athletic program at Pasadena High School and the Career Exploration Opportunities (CEO) Pathway.
NSHSS is a distinguished academic honor society, committed to recognizing and serving the highest-achieving student scholars in more than 26,000 high schools across 170 countries. With access to $2 million in scholarships annually, educational resources and a network of more than 1.7 million exceptional peers spanning high school to college and career, NSHSS scholars embody academic dedication and outstanding leadership in their schools, workplaces and communities.