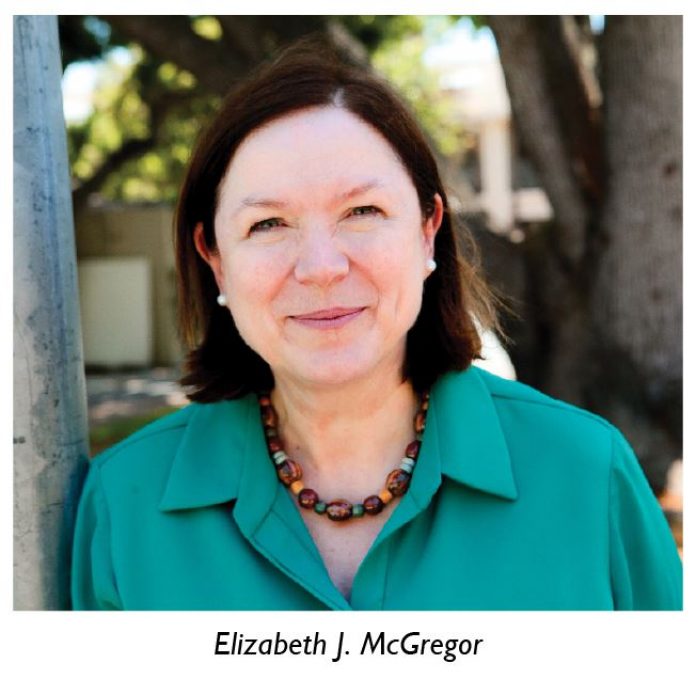 Elizabeth J. McGregor, who leads Pasadena’s Westridge School, has announced that she will retire at the end of her current contract with the independent institution for girls in grades 4-12.
“The most fulfilling chapter of my life has been at Westridge, and as I come to the end of my current, three-year contract at the end of June 2022, it will be one that I will close with my retirement,” Westridge’s head of school, who has spent four decades as a teacher and administrator, said in a letter to the school’s community. “I am looking forward to traveling, exploring new volunteer and consulting opportunities, and spending more time with my husband and family, especially my grandchildren.”
McGregor, who joined Westridge in 2009, has taught students from kindergarten through 12th grade in South Africa, New York, Connecticut and Southern California. According to the educator, one of her most formative experiences was working with teachers in Johannesburg, South Africa, to support Black children as they integrated into government schools. Her previous posts include associate head of school at Sherman Oaks’ Buckley School.
Recalling her first visit to her current school, McGregor said in her letter that “I could see that Westridge had a joy and a goodness and a sense of purpose for educating young women and was not satisfied to rest in the past,” and also that she had received “a hint” that the institution would be searching for a new head and that she was “eager to be considered.”
“I have not been disappointed, and in fact, my years have exceeded my expectations,” McGregor added. “With the board of trustees, my dedicated colleagues and the Westridge Parent Association, we focused on building community and trust, expanded and inaugurated signature programs, celebrated our centennial, and ensured that we had systems in place to see us through decades to come. Even in the most challenging of times, through a recession, the pandemic, and the reckoning that has come with racial and social unrest, I have seen how our school can lean into discomfort and challenge itself to grow and thrive for the sake of its students.”
Born and raised in England, McGregor was educated at the University of London and Columbia University.
“Westridge constantly strives to rise, and I will remain a passionate believer and supporter of the school until the day I leave — and beyond!,” McGregor said.