During his 40-year career at Flintridge Preparatory School, Headmaster Peter Bachmann has always been one to look forward, envisioning a future and cementing the mission for a student-centered, nationally recognized private school located on 7.5 bucolic acres near Pasadena. 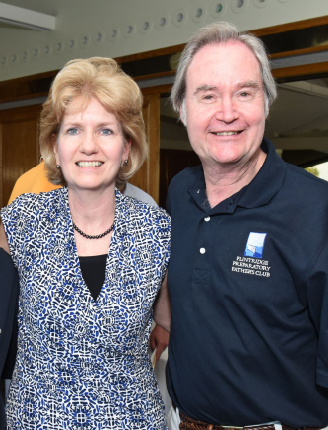 So it’s a rare thing for Bachmann, who’s retiring from his role as headmaster on July 1, to reflect heavily on his past achievements, admitting only to recently feeling “expectedly nostalgic” as he wrapped up a lifelong career committed to rigorous youth academics and human development.
And though he has steered the prestigious school through countless changes since getting hired in 1980 and rising to become headmaster in 1991, this year’s coronavirus pandemic may have been the biggest quagmire in all that time, shutting down in-person education at an institution whose success was built on the connectivity of communication and interpersonal relationships there. 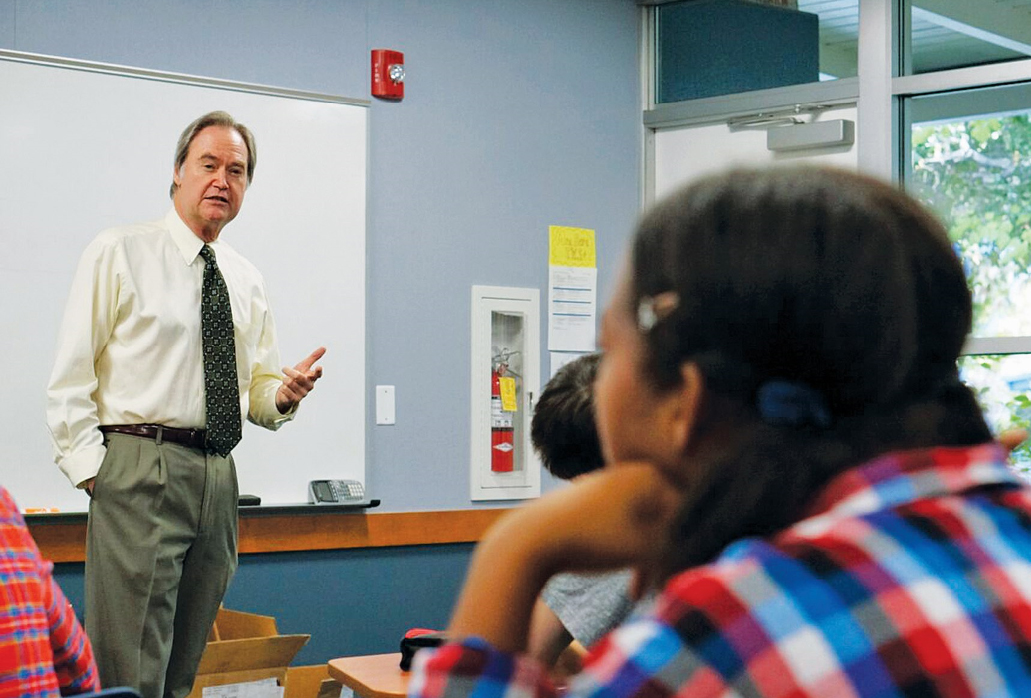 Like schools across the nation, Prep had to quickly immerse itself in an online learning environment in March.
“COVID-19 is an existential challenge for the world, the nation and certainly for education … and we’re still in the middle of it,” he said. “I’d say it’s one of the largest challenges our school has ever responded to, yet I’m very proud of our faculty and how quickly they’ve pivoted from providing a quality on-campus education to a quality online education. But still, it’s very complex, both logistically and emotionally challenging for people.”

Luckily, the school was well-equipped to face such a challenge. Along with recent technological programming and upgrades at the school, one of Bachmann’s shining achievements (after years of dogged, purposeful pursuit) was to develop a world-class faculty that innately understands the learning needs — even online — of its students.
“I’ve always thought having the most impactful faculty possible was going to be the single, most No. 1 thing that was going to influence educational outcomes,” he said. “We’ve worked really hard to offer good compensation and benefits and professional growth opportunities to create an atmosphere where it’s fulfilling to teach here.”
Plus, Bachmann has a knack for hiring: “I look for passion for kids and passion for ideas and kindness and empathy. I think loving the act of helping students learn, and loving the subject matter … we want to see someone getting so excited about what is taught that it becomes infectious.”
A board member and former school parent who has known Bachmann for years say those words are typical of Prep’s leader, who doubled as a history teacher.

“Peter had a vision for Flintridge Prep from the beginning, and unlike other heads of organizations, everything centered around the people for him — he has always been laser-focused on two things: the mission and the people,” said Kristina Leslie, a parent of three Prep graduates and a 10-year board member. “During his career he has been omnipresent on this campus. He’s the leader, but he’s also continued to teach in the classroom. The school really transformed under him.” 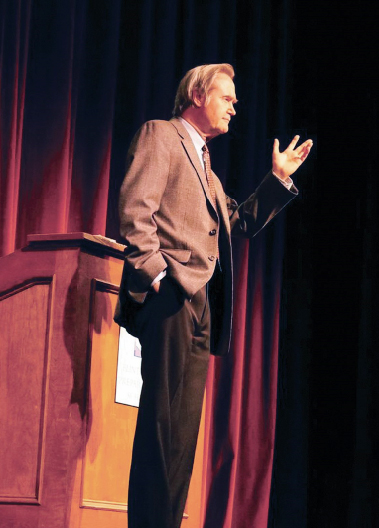 In his four decades at the school, Bachmann quickly went from history teacher to dean of students to assistant headmaster and then headmaster. Part of that success, he recalled, was an understanding of something he was told as a fresh hire.
“I was told I needed to get a haircut, a new car and new suits,” he said earnestly. But what he understood, even then, was that he was expected to look and act like a company CEO. His job wasn’t just to look after the students and faculty, it would be about the finances and facilities, fundraising, legal and risk management. “And I needed to do all those things among people who live in those worlds,” he said, adding slyly, “but I didn’t wear those suits too often, and between you and me, it wasn’t much of a haircut.”
Apart from teacher and leader, Bachmann also experienced Prep as a parent, which furnished some of his favorite memories at the school: “Having my son with me on campus for six years and watching his friendships flourish and witnessing how together they embodied the ‘Prep for Life’ mentality — that was pretty special.”

Among his tangible achievements, including growing the school’s endowment from $1 million to $35 million, he brought vital performing arts, visual arts and human development programs to the school through a new facility, the Randall Performing Arts Center, and the Chandramohan Library. He helped establish innovative programming by way of the Idea Lab, and partnered with schools and a hospital in Nicaragua while also establishing the Prep League’s first Athletic Council on Leadership. He also increased student financial aid.
Perhaps not so tangible, said former parent and board member Jaynie Studenmund, is the personal, lasting touch Bachmann has left.

“Peter truly is the founder of modern-day Prep,” Studenmund said. “What makes him so special is he is the unique man for all seasons. He’s an educator, a faculty member, the CEO of his school, he’s the head of development, the cheerleader, the mentor to so many. He’s a visionary but he’s never lost the common touch. By today’s terms, he is a unicorn.”

Prep has also consistently enjoyed a lofty perch in national rankings of exceptional independent schools, a reputation that Bachmann is confident will strengthen going forward, given the devout alumni base, small average class sizes and student-to-faculty ratio of 8:1.
Parents like Leslie and Studenmund, who’ve witnessed the growth their children experienced at Prep, credit Bachmann for creating the environment that encourages a balanced and responsible life among students there.

“Peter has always believed Prep should be a process school and not a product school,” Leslie said, adding that a product school might care more about how many students enter Ivy League institutions. “A process school is more about the journey and helping kids become good people and responsible adults. But they are also engaged on so many levels, and have the academic balance. They have all the freedom to be kids.

“That has been the mission shaped by Peter; he is passionate about that, as he is about learning in many forms, in life, leadership and citizenship.”
Upon his retirement, Bachmann will be named head emeritus, and will return to Prep’s campus in January to teach his Great Books class for seniors. The board has also decided to name a transformational, 17,000-square-foot building on campus for the leader. The Bachmann Collaboration Center will be dedicated to the school’s STEAM, Global Studies and Leadership programs that he helped create.

A seasoned author of two previous books, Bachmann also foresees making time for writing again, when the muse hits him. He also plans to travel with his wife, Molly, and as new grandparents, they will likely make lots of visits to see their son and his family on the East Coast.
But Bachmann will continue to help staff and students ride out the pandemic and the different learning scenarios they might experience in the fall.
Not only has the school used Zoom as a teaching platform, he noted, but hundreds of Prep alumni also have gathered from across the nation and overseas to reconnect via Zoom during the pandemic crisis, something he has taken to heart. 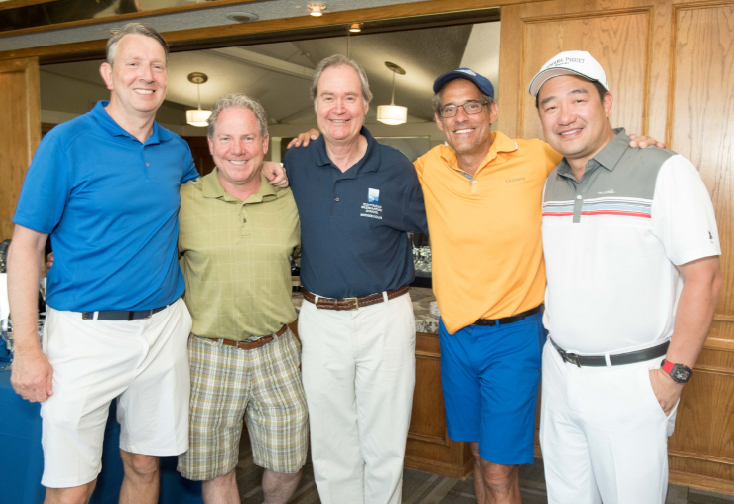 “We have a genuine community that has become more apparent and stronger than ever, and that’s what our whole ‘Prep for Life’ mantra is about, we’ll remain a community through hard times; in fact, Zooming might make that alumni connection even tighter,” he said. “The culture has been tested and found strong — this year has been a huge victory for us.”