The decorations and flowers from last week’s 131st Rose Parade had disappeared, but Stacy Kimmel could still feel the bands’ echoing drums and cheers from thousands accompanying her as she was led down Colorado Boulevard in her own procession on Monday, perched atop a shiny blue convertible and sporting a sash and crown fit for the Rose Queen. END_OF_DOCUMENT_TOKEN_TO_BE_REPLACED

For anyone who must use a wheelchair or has limited physical mobility, the feeling of riding a horse might be akin to the experience of flying: Breathtaking, really, is how it’s described, those powerful strides suddenly moving your body by means of a warm and supple force that almost feels your own.
Joy Rittenhouse knew that the moment she felt it, some 40 years ago, she would never let it go. So Rittenhouse, who overcame polio, has dedicated her life’s work ever since to ensuring other children and adults with physical disabilities can catch a bit of that euphoria, too. And the adrenaline rush of riding a steed is just the icing: More and more research shows that horse riding — or equine therapy — is an effective form of physical strengthening of core muscles and balance.
For 24 years, Rittenhouse has provided that opportunity locally through the nonprofit organization she founded, Move A Child Higher, or MACH 1, so that anyone with disabilities can experience the joy of therapeutic horsemanship and a horseback riding program that offers equine-assisted activities. END_OF_DOCUMENT_TOKEN_TO_BE_REPLACED

102nd Rose Queen Reflects on Her Reign of Honor

It’s hard to believe for 102nd Rose Queen Camille Kennedy, but in less than a week, on Wednesday, Jan. 1, she’ll embark on a trip down Colorado Boulevard with the Royal Court for their greatest show yet at the 131st Rose Parade, waving to nearly 700,000 people and an estimated 65 million television viewers.
For the La Salle College Preparatory senior it’s been a journey: In a little more than two months, she and the six princesses have attended about 130 community and media functions, serving as ambassadors of the Tournament of Roses, the Pasadena community and the Greater Los Angeles area.
“It’s been just a really incredible time, pretty crazy, but really, really great,” Kennedy mused from Tournament House. She’d just finished her semester finals at La Salle that day, and relief washed over her. Now she could focus on the grand finale and enjoying her last moments of the year with court members, with whom she’s grown very close. END_OF_DOCUMENT_TOKEN_TO_BE_REPLACED

It appeared to be a Christmas party like any other, as Club 21’s recent celebration unfolded in the Pasadena Covenant Church amid festive decorations, a visit from Santa and Mrs. Claus, the serving of hot chocolate and hot dogs, and a celebratory fundraiser offering a wide array of holiday gifts and crafts. END_OF_DOCUMENT_TOKEN_TO_BE_REPLACED

A lot may have changed outwardly in 100 years regarding civil rights for African-Americans and other minorities across the United States, but the NAACP Pasadena Branch is perhaps more acutely aware than anyone of the old adage “The more things change, the more they stay the same.” END_OF_DOCUMENT_TOKEN_TO_BE_REPLACED 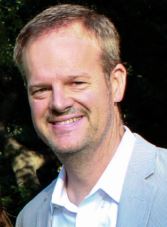 Years ago, I saw an advertisement in the Los Angeles Times. Its headline read, “Sometimes words aren’t enough. Even for a newspaper.”
That resonated with me. While reporting community news with articles and photographs is vital, a newspaper also has the ability to make a difference in “building community.”
We’re now in our third decade of publication at The Outlook, and covering the remarkable work of our local nonprofit organizations has been a significant mission since the day we launched our company. We’re a family-owned business and have discussed the importance of “giving back” and charity. We are keenly aware that our company is in a unique position to help make a difference, and feel not only that we are blessed, but that we have a social responsibility. END_OF_DOCUMENT_TOKEN_TO_BE_REPLACED

With the city of Pasadena topping the numbers of charities per capita, the nonprofit organizations striving to make a difference and mitigate disparities among the local population through service-oriented work are acutely aware of the ongoing need for hands-on volunteers from the community. END_OF_DOCUMENT_TOKEN_TO_BE_REPLACED

For those who haven’t been touched lately by a PBS program, sound the “Masterpiece” trumpet: More free, quality content is coming with even more means to access it, whether it’s streamed from the local affiliate’s website, its app or through your cable provider.
Recent Pasadena transplant Andrew Russell, who serves as president/CEO of Public Media Group of Southern California, is making increased accessibility part of his greater mission in the ever-changing broadcast landscape, “for viewers like you,” as the tagline goes. END_OF_DOCUMENT_TOKEN_TO_BE_REPLACED

With the holiday season quickly approaching, people far and wide have begun to gather energies, recipes and vacation days to unite with family, immediate or extended, or take part in a “Friendsgiving” celebration.
But for Annie and her wife, Gail, the holidays are especially poignant: Surrounded by their four young children brimming with energy, love and chatter, the mothers are reminded how they built their family in the nontraditional way, by fostering to adopt through Five Acres, a child- and family-services agency based in Altadena.
Annie reminisces about how each child came into the family fold. Some were easier to adopt than others, while some of the adoptions were filled with nausea and nerves and sleepless nights ahead of court battles.
“I compare the adoption process to me giving birth — as painful as it could be, as soon as it was over and they were ours I was ready to do it all over again,” said Annie, who requested that her last name be withheld to protect her children. END_OF_DOCUMENT_TOKEN_TO_BE_REPLACED

There’s a new public school in town, and Pasadena Unified School District supporters want you to know about it. It’s the school around the corner — yes, the one that’s always been there. END_OF_DOCUMENT_TOKEN_TO_BE_REPLACED