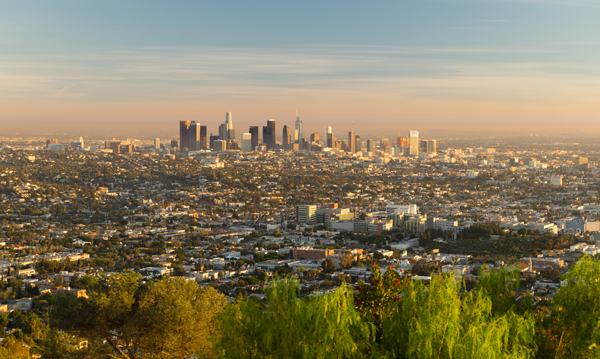 Burbank expects to receive about $477,000 from the state for housing programs, the city’s staff announced recently.
The funds for which the city is applying come from the California Department of Housing and Community Development and would pay for the costs of new initiatives supporting low-income families and those at risk of homelessness.
For example, the city’s Community Development Department is proposing a pilot program that would give matching contributions to homeowners who convert a garage into or build a new accessory dwelling unit. The unit would need to be rented out to a very low- or low-income household. Funding for the program is estimated at $127,182, enough for an estimated six ADUs.
Another $350,000 is also proposed for a rapid rehousing rent program that would give rental assistance and guidance to households at risk of homelessness. The program would be able to help about 60 households struggling financially.
Maribel Leyland, the city’s housing authority manager, told City Council members during their Tuesday meeting that allocation of the money could be used for a variety of housing programs as long as they conformed to the requirements set by the state.
Burbank is estimated to receive a total of $2.86 million through 2023 in state grants, she explained, though that figure may change depending on what funding is available. The grants would help the city achieve its goal of creating 12,000 housing units in the next 14 years.
City staff members told the council they will apply for the funds by the program deadline of Aug. 26. Leyland added in an email to The Leader that the city may receive the funds in December 2020.

Administrators from the Hollywood Burbank Airport told council members that a task force had sent several recommendations to various departments asking them to address noise complaints voiced in meetings with residents of the San Fernando Valley.
The task force, whose members include Mayor Sharon Springer and Councilwoman Emily Gabel-Luddy, recommended that aircraft at the local facility and Van Nuys Airport be restricted from operating at night.
Recommendations were issued to the Federal Aviation Administration, federal legislators and other entities. Frank Miller, executive director of the Hollywood Burbank Airport, said the FAA would look into whether the proposed procedures can be implemented safely and in accordance with its own guidelines.
“If there’s one thing that did come out quite clearly during these meetings, it’s that the airports in this region are not individual airports operating separate from each other,” he told the council.
Noise complaints surrounding Burbank’s airport are nothing new. The multi-city agency that oversees the airport submitted a $7 million study covering the period from 2000-2009 to the FAA asking that a curfew be implemented. The request was denied.
Miller explained that while the FAA said it would take longer than the two-month time limit the task force requested to respond to the recent recommendations, the administration will respond to each point as they review it.

The City Council filled more than two dozen committee and board vacancies on Tuesday, returning many incumbents to their seats.
One would-be newcomer was Margo Rowder, co-founder of the nonprofit Burbank Tenant Rights Committee, who applied to join the Landlord-Tenant Commission. She is also one of the plaintiffs suing the city, claiming that City Clerk Zizette Mullins improperly denied a petition to put rent regulations on the ballot in November.
“That case number is a symbol of my commitment to uphold tenants’ rights and make their lives more stable and less fearful,” she told council members during public comment.
She also told the council that appointing her would not be inappropriate, considering that current committee members’ terms do not expire until July 31, more than a week after the expected end of litigation. However, even after a judge ruled in her favor on Thursday, the city remains engaged in a cross-complaint against Rowder and co-plaintiff Konstantine Anthony regarding the petition.
Rowder did not receive any votes from council members during the appointment process.
Multiple members of the council, including Springer, said afterward in interviews with The Leader that they look primarily for skills and experience when selecting a committee or board member. Some also said specifically that they did not feel pressured to vote for or against Rowder.

The council adjourned its Tuesday meeting by paying respect to the late Henry “Hank” Diel. A veteran of the Korean War who was closely affiliated with many Burbank groups, including as a member of the Senior Citizen Board, Diel died in May at 83.
“Thank you so much for honoring my husband, my partner, the man who was my life,” Janet Diel, Hank’s widow, said tearfully in a video sent to council members.

APPOINTED TO CITY COMMITTEES
Terms are for four years unless noted