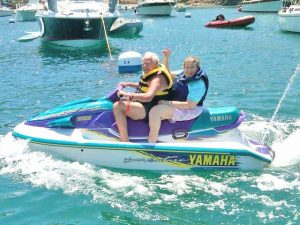 A LEGACY OF LOVE

Barbara Cohen passed away peacefully at home with her beloved husband of 66 years, Dr. Melvin Cohen, by her side on Monday, December 28, 2020. Above all else, Barbara cherished her family and she is survived and lovingly remembered by her four children, their spouses and nine grandchildren. Her children and spouses include Dr. Jeffrey and Jo Beth Cohen, Janis Cohen and Ken Morris, Gary and Amy Cohen and Dr. Ronald and Heather Cohen. Her adored grandchildren are Lawrence Pious and his wife Kerry, along with Kara, Haley, Daniel, Cayla, Bennett, Charlie, Natalie and Jack Cohen.

Barbara studied Pharmacy at the University of Michigan. There, she met and married Mel. In time, they settled in Southern California where Mel became a practicing physician and Barbara a pharmacist. Eventually, Barbara returned to school for a master’s degree and became a Marriage, Family and Child Counselor for the rest of her career.

Barbara was a strong, smart woman and a great role model who managed career, marriage and family with strength and effectiveness, tempered with warm hugs and good humor. She was a voracious reader with a sharp wit, who had an eye for the stock market, and everyone always wanted her on their team in any trivia contest. She loved music, especially musicals, and was a very appreciative audience member. Barbara also gave of her time and her heart, volunteering in the community, especially at her local synagogue.

Perhaps Barbara’s favorite word was “celebrate!” and she was happiest when she opened her home to family and friends for festive gatherings, large and small. Or, if nothing was on the docket, friends could just drop in, pull up a spoon and enjoy an intimate ice cream extravaganza with the gang.

Her family agrees, “We are forever grateful to Dad for his wonderful care and love that allowed Mom to share so many additional years with us once Parkinson’s became part of her reality. Theirs was a true love story that all of us are blessed to have been a part of.”

A loving wife, mother, grandmother and friend, Barbara will be dearly missed and always remembered.

In lieu of flowers or gifts, donations can be made in Barbara’s memory to your favorite charity or to Parkinson’s Foundation by clicking this link: