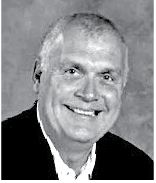 Philip Edwin “Phil” Lengyel, beloved husband and father, passed away on Dec. 15 from cardiac arrest at the age of 70. His family was by his side.
Born in Hammond, Indiana, in 1949 to Arlene and Bill Lengyel, Phil grew up in East Chicago, Indiana. He attended Our Lady of the Lake Seminary and Munster High School. Phil received a bachelor’s degree in radio and television from Ball State University, where he also became a brother of the Sigma Phi Epsilon fraternity.
After college, Phil began a career in television and radio news as a journalist. He joined the Walt Disney Co. in 1982 as a senior publicist. Over the next 23 years, he worked in Disney Parks & Resorts Marketing as promotions manager and moved up the ladder to become senior vice president of marketing. He was later named senior vice president of sports and vice president of alliance development for Disney Parks & Resorts Worldwide.
Josh D’Amaro, president of Walt Disney World Resort, said, “From Raglan Road to our golf courses, this place is filled with Phil’s memory, and his fingerprints are all over the work that made us what we are today. Phil was an astounding individual, and we are heartbroken over his loss.”
Former Disney Chairman and CEO Michael Eisner stated, “Phil was brilliant in business development and the marketing group at Walt Disney World. He was polite and aggressive at the same time. He did things his way and got them done. Phil was one of the funniest, kindest, decent and most caring people on the planet, with an outsized heart to match his personality.”
Phil retired from Disney in 2005 and filled a newly created position of executive vice president and chief marketing officer of the Indianapolis Motor Speedway, which hosts the largest spectator sporting event in the world, the Indy 500.
Phil and his family relocated to California in 2011 where he joined Dick Cook Studios. Cook, chairman and CEO of Dick Cook Studios and former chairman of the Walt Disney Studios, commented, “Phil was an extremely creative marketer with brilliant ideas that he brought to life. But more importantly, Phil was a true gentleman in every sense of the word. He was kind and giving, as funny as funny can be, full of adventure, and dedicated to his family and friends.”
Phil enjoyed college football, especially the Fighting Irish. Legendary Notre Dame football coach Lou Holtz said, “Phil was a very genuine individual and a very caring person. I cannot think of a better role model for people to emulate than Phil Lengyel. While Phil is no longer with us, his spirit will continue to infill those of us who knew him.”
Another favorite pastime of Phil’s was golfing, especially at the Annual Irish Invitational. He was also passionate about well-told stories, especially great books and movies. He loved preparing special meals — “repasts” — to share with his family; he was an amazing cook. Phil was a wonderful husband, father and friend and will forever be dearly loved by many.
Phil is survived by his loving wife of 25 years, Jana; their two children Lauren and Shane; from a previous marriage, Will (Chrisdin); Kelly (Jason); grandchildren Tony, Alani, Aiden and Addison; brother Michael, sisters Nancy and Kathy; and other family and friends all across the globe. Phil was a member of St. Bede the Venerable Catholic Church.
In honor of Phil, donations can be made to the Juvenile Diabetes Research Foundation.
Per his wishes, Phil didn’t want any fanfare but would be pleased if a glass of Irish whiskey was raised in his memory. Sláinte, Phil!
Eternal memory and blessed repose.