It was perhaps a bit ironic that the City Council last week voted to do away with much of the L.A. Metro-sponsored traffic improvement proposals before an audience reflecting the greatest diversity of public opinion toward those would-be projects.
The decisions made on Wednesday, July 10, shut the door on traffic synchronization altogether — it was being considered on both Huntington Drive and San Gabriel Boulevard — as well as any improvements to the left-turn-lane capacities at select Huntington intersections. Meanwhile, the Parks and Public Works Department will refine proposals centered on alleviating Huntington congestion near the city’s schools.
The council plans to consider on Friday, July 26, whether to move forward in refining a proposal to improve flow through the Atlantic Boulevard-Huntington intersection, which includes Los Robles Avenue and Garfield Avenue, as well as a slew of ideas to modify parts of Sierra Madre Boulevard.
Those who have been curious about the projects since the start of the year have largely been able to agree with the proposals’ naysayers on at least one notable point: There have been lots of mixed signals from Metro, the county transportation authority that is offering taxpayer-generated money to area cities to fund these projects.
“The Metro money issue has been a real communications mess from the beginning,” opined Councilman Steve Talt, who has expressed support for some of the slew of proposals, disapproval of others. “There’s a lot of misinformation out there and it starts with Metro. I think we’re beginning to understand more and more and I appreciate the need to take some more time on some of these.”
After it finally shuttered the infamous project to link the 710 and 210 freeways by means of a tunnel underneath South Pasadena, Metro’s board elected to dole out $780 million generated through the Measure R sales tax to San Gabriel Valley cities, which were offered opportunities to pick up Metro’s alternate traffic-related projects and be funded accordingly. Metro had earmarked up to $32 million for San Marino.
Many of the projects’ most visible detractors returned to the podium last week to vent their ire, typically adhering to the belief that the modifications, by virtue of their Metro ties, would only shove more waves of traffic through the city’s idyllic roadways. Indeed, there persists the perception that San Marino in particular is being targeted for larger volumes of traffic, despite other neighboring cities requesting money to improve their main thoroughfares.
“The winners of this proposal are three agencies,” resident Karen Habib told the City Council last week. “One is Metro, because they want to move traffic from Point A to Point B. It doesn’t matter which city it is, it just means they need to do this. No. 2 are the contractors, because they are contracted to do certain things for a city. It doesn’t really matter which city it is, they get paid for it. The third winners are the cars that are coming from 710 and want to get to the 210. If they are directed so that it’s easier for them to go this way down Huntington Drive, they will be happy drivers.”
Eileen Hale, a resident who had served for more than a decade on the city’s former Traffic Advisory Commission (which has been repurposed as the Public Safety Commission), was an early skeptic regarding the proposals. She remained hesitant about anything that might increase capacity on roadways but urged the city to think creatively on how to still use the money to “manage traffic.”
“I think you could take some of this money and use it to help us, to shut down the county lanes and only have three lanes coming in here so people don’t go 70 mph, to put in a drop-off lane in front of our schools so our poor kids can get dropped off without practically getting run over, to slow down the traffic,” she said. “There is some money here … [for] things that would only help us, like narrowing lanes, putting in wider and more parking.
“I think saying, ‘No, we don’t want any money’ is sort of narrow-minded and shortsighted,” Hale added. “I think there’s smart things we can do here.”
A petition being circulated by the group Citizens for a Safe San Marino has garnered more than 1,000 online and written signatures on a petition saying just that: tell Metro “No, thank you.” The group has crystallized most of the public opposition to the projects through its own meetings and appearances before city panels.
John Dustin, a member of the city Planning Commission who was speaking as a resident last week, said he was “not surprised” that many residents have signed the document but contended that “presentation of the petition is problematic in some ways.”
“It oversimplifies the issues and it asks basically ‘Are you against increased traffic? Are you against decreased safety? Are you against more pollution? Then sign our petition,’” Dustin explained. “Well, who wouldn’t be against those things? Clearly, we all are against those things. There seems to be an assumption that those things will happen not just with the original five projects proposed to Metro, but with any project that we might propose to Metro. Facts are hard to pin down in this debate.”
One example, Dustin cited, was the oft-quoted factoid that traffic signal synchronization and lane-widening would, according to Metro’s data, increase vehicle speed by 16% on Huntington Drive. In fact, neither Metro nor any other agency reached that conclusion; it was a calculation by a resident, Dr. Ray Quan, who was instead attempting to average out speed increases on surrounding roadways that had already implemented synchronization.
Quan, who is a freelance photographer for The Outlook, has disputed the use of that calculation to argue against projects. Speaking at last week’s meeting, Quan said he felt it was time for the city to act on all of the input it has received this year, even if to put this speculation to rest. 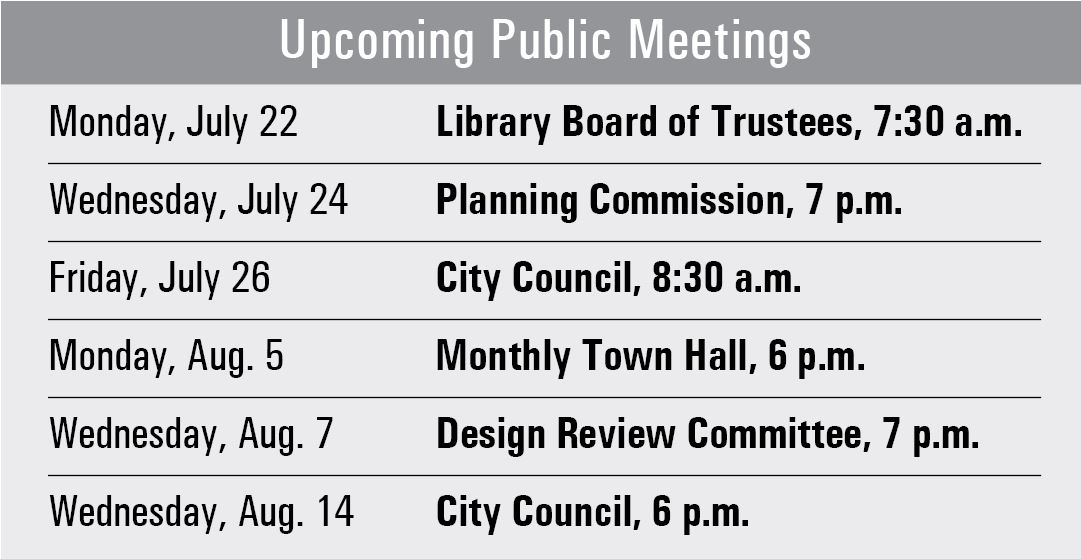 “I’m a little tired of waiting for specifics,” he said. “It’s time to get the stuff on paper and it’s time to decide.”
Julie Boucher, an assistant superintendent with the San Marino Unified School District, told the City Council last week that the district saw potential in the school-centric projects and reminded them that the state extends minimal funding to the district as it is. Notably, this was the first council meeting attended by the new superintendent, Jeff Wilson, who did not speak. Boucher said some of the district’s own traffic study recommendations were similar to what the city was considering.
“Many of the recommended safety improvements could be made with the city’s Measure R grant funding opportunity,” she said. “The district would welcome the opportunity to partner with the city on projects that would improve the safety of the city’s streets and walkways for our 2,900 students and our 400 staff members as they travel to and from our schools each day.”
Talt, after soundly rejecting some projects, voiced support for continuing to explore the school-centric proposals.
“I think it would be inconsistent for us as a town to wail about the fear of safety of our students and not take a further look at what we could do around our schools,” he said. “That doesn’t mean we have to accept it.”
Vice Mayor Gretchen Shepherd Romey, who ultimately voted with Talt and Councilman Ken Ude to retain the school proposals for now, said she thought the city should take its own initiative and dollars to help out the schools.
“We don’t take ‘dirty Metro money,’” she said. “We can find room. We have infrastructure funds. We are spending them in our city … on everything. We should sure make it a priority that we work with the school district and make it safe for our kids. These projects are not going to do that.
“We’ve had excellent work done,” the vice mayor added, citing prior and forthcoming studies, “so we need to build on what we have and bring that back to the community, and I don’t think that is ever going to come from these Metro funds.”
Talt had earlier characterized the Metro money in a different manner.
“The way I look at it is that Metro is not offering us its money, but they are offering us back our money. In fact, it is required by law [through Measure R] to do that,” he said.