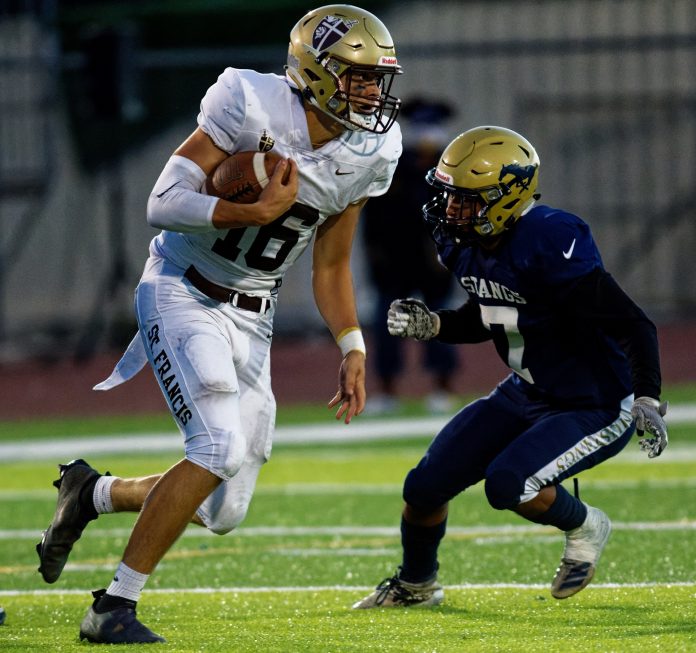 Polytechnic snapped its two-game losing streak with a 43-14 victory at Glendale in a nonleague match on Friday, Sept. 10. No individual statistics were available.
After their upcoming bye week, the Panthers (2-2 overall) will look to keep their winning streak alive as they host San Marino in their first league game of the season on Friday, Oct. 1, at 7 p.m.

FLINTRIDGE PREP
Flintridge Prep had its two-game win streak was snapped as the Wolves lost, 50-13, on the road against Thacher School in Ojai in a nonleague game on Saturday, Sept. 18.
Before the loss, Prep has been magnificent to open the season, outscoring its first two opponents 107-12.
No individual statistics were available.
After a bye week, Flintridge Prep (2-1 overall record) will look to bounce back in its next scheduled game against visiting Cornerstone Christian of Wildomar in a nonleague matchup on Saturday, Oct. 2, at 7 p.m.