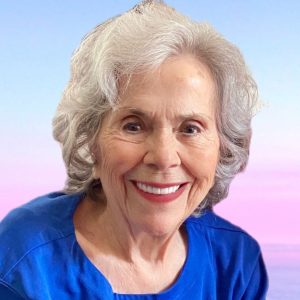 Bertha Amelia Barboa Hernandez, loving wife, mother, grandmother, sister and friend, died Saturday evening, December 12, of cancer at her home in San Marino. Bertha was born June 17, 1932, in Tucson, Arizona, the youngest of four sisters, to Amalia Lujan Barboa and Federico Barboa. Upon her father’s death while in military service during World War II, Bertha moved with her family to be near relatives in Los Angeles. Bertha attended Roosevelt High School, where, at age 15, she met the love of her life, Enrique “Hank” Hernandez, a schoolmate. After Hank returned from four years of military duty in Korea, they were married in 1953, their marriage lasting for 53 years until Hank’s passing in December 2005.

After Bertha and Hank were married, Hank went on to a career in the Los Angeles Police Department and, upon his retirement, Bertha and Hank together founded Inter-Con Security Systems, a business that literally began on the kitchen table of their Monterey Park home. Hank focused on sales and operations and Bertha was responsible for all accounting and administration. With hard work, dedication and much sacrifice, the couple propelled Inter-Con into a premier, global provider of high-level private security services. Inter-Con, based in Pasadena, today provides services in 19 countries with an employee base of over 35,000.

Bertha will be remembered for her warmth, kindness and dedication to her family. Due in some part to her own humble beginnings, Bertha always extended herself to those around her, regardless of their stations in life. Always the pragmatic and determined businesswoman, Bertha challenged those around her to be the best that they could be and inspired many to heights that they might not have imagined without her influence. Bertha will be remembered by all that knew her as a very special person who against all odds accomplished much, who gave much whenever she had the opportunity, and who asked for very little in return.